The explosive 2017 #MeToo campaign demonstrated just how many women had stories to share about sexual harassment and assault – and how many experiences had been kept silent until that point. In the wake of the collective outpouring online, sexual harassment is now a topic of everyday discussion.

While conversation itself is progress, it has also become clear that women are still having to expend a significant amount of emotional labour to explain and justify their personal experiences to the men around them. That’s particularly the case when men decide to play devil’s advocate in these discussions. It immediately forces women into a corner where they must adopt a defensive position to argue the validity of their experience or reaction to it. This can be exhausting – hence the term “emotional labour”.

Having researched women’s experiences of sexual harassment in the public space for over three years, I began to notice common retorts when engaging in conversation with men about the prevalence and impact of such behaviour. These common rebuttals actively derail the possibility of a progressive and productive interaction.

It can be easy to trivialise sexual harassment – particularly when comparing it to more severe forms of sexual assault. It might seem like being leered at in the street isn’t as bad as actually being grabbed, but the harm of sexual harassment partly lies in its everyday and repetitive nature. The most normalised intrusions, such as leering, cat calls or wolf whistles, happen so regularly that they often go unmentioned or challenged. They are taken for granted.

But apparently “low-level” incidents of sexual harassment act to remind women of the risk of more invasive sexual assault or violence. That fear, in turn, affects their everyday experiences, making them feel more fearful and limiting their ability to navigate public spaces in the same way a man might.

This is concerning as it affects the way we have conversations about sexual harassment. For men, it’s an abstract scenario or an “interesting” topic that isn’t that likely to happen. With that in mind, it’s easy to see how a point of view can be adopted simply for argument’s sake without understanding how high the stakes actually are for women.

It is not uncommon, when a woman is telling a story of sexual harassment, for men to take a defensive stance and act as if they are being personally attacked. It’s important to recognise that these discussions are not an attack on “all men” but on the perpetrators and a society that still functions in a way that allows this behaviour to manifest and persist.

Responding with “but not all men” insinuates that you are more concerned with how this situation affects you and your existence as a man, than the woman who has been harassed or assaulted. 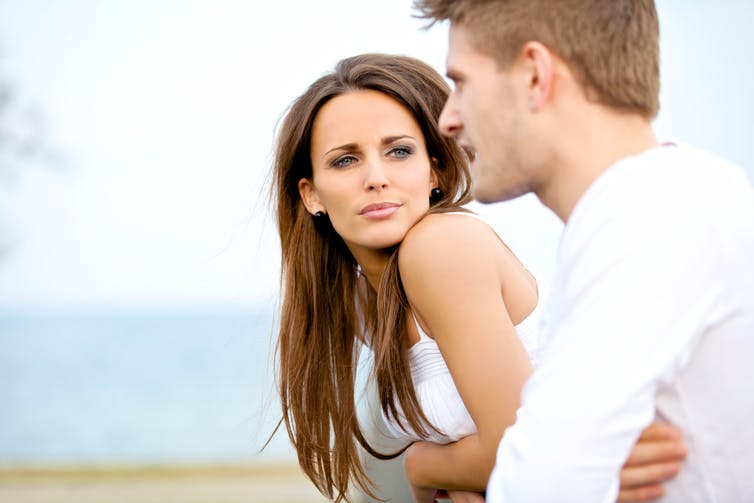 Did he just say ‘not all men’? Shutterstock

‘Men are victims too’

Men and boys are also victims of sexual violence, and arguably the stigma and shame for male survivors is exacerbated by the prevalence of toxic masculinity. Victimisation and vulnerability (especially of a sexual nature) does not sit well with society’s ideals of “being a man”.

However, recognising that women are disproportionately affected by sexual violence does not deny that it also happens to men and boys. Attempts to claim the issue as gender neutral only act to dilute the severity and impact that sexual harassment and abuse has on women’s everyday lives.

‘Why didn’t you shout back?‘

Feminist academic Liz Kelly theorised sexual harassment as on the “continuum of sexual violence”. This is helpful in understanding that when sexual harassment occurs in public, the fear of escalating the situation often affects how women react.

You might not think a cat call or a prolonged gaze is dangerous but the woman on the receiving end doesn’t know whether that expression of attention is the end of the encounter or if it is going to turn into something more threatening. Exiting the situation to avoid a more serious incident is almost always the priority rather than speaking your mind.

My research, which focused on women’s experiences of sexual harassment on public transport showed exactly this – when a man masturbated across from them in an empty tube carriage, their primary concern was to get the hell out. 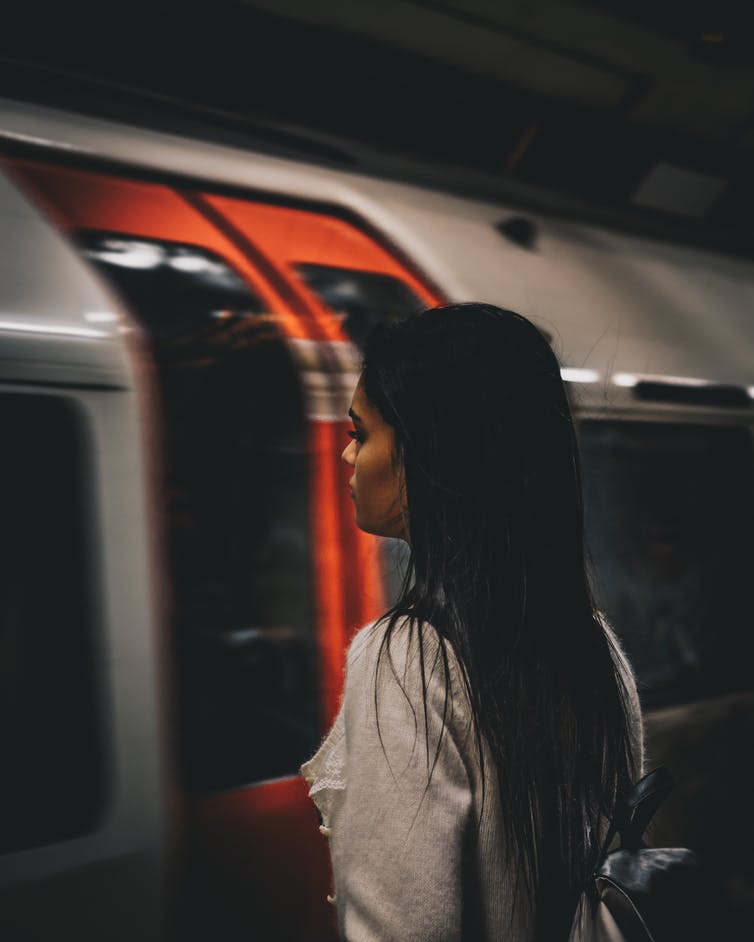 Telling someone how they should have reacted to sexual harassment is really just a form of victim blaming. Focusing on how the victim responded, rather than the behaviour of the perpetrator feeds into the dangerous narrative that it is a woman’s responsibility to keep herself safe from men, that she must alter her behaviour to exist in a world where sexual harassment is normalised to the point it is seen as inevitable.

Sexual harassment is widely debated as a “women’s issue”. But the issue itself does not lie with women. It lies with men, or rather, it exists as a symptom of a society that allows sexist attitudes to fester. Yet the burden of combating sexual harassment (and other forms of sexual violence and gender inequality) still seems to fall predominantly on the shoulders of women.

If you play devil’s advocate, you can express a provocative, often belittling viewpoint without having to take ownership of it. That only makes it more exhausting for women to discuss a topic that affects their daily lives.

When confronted with the reality of sexual harassment, if men continue to respond in such a way, it acts to invalidate and silence women and their everyday realities. It doesn’t take much to listen, but it can make all the difference to how a story is told.