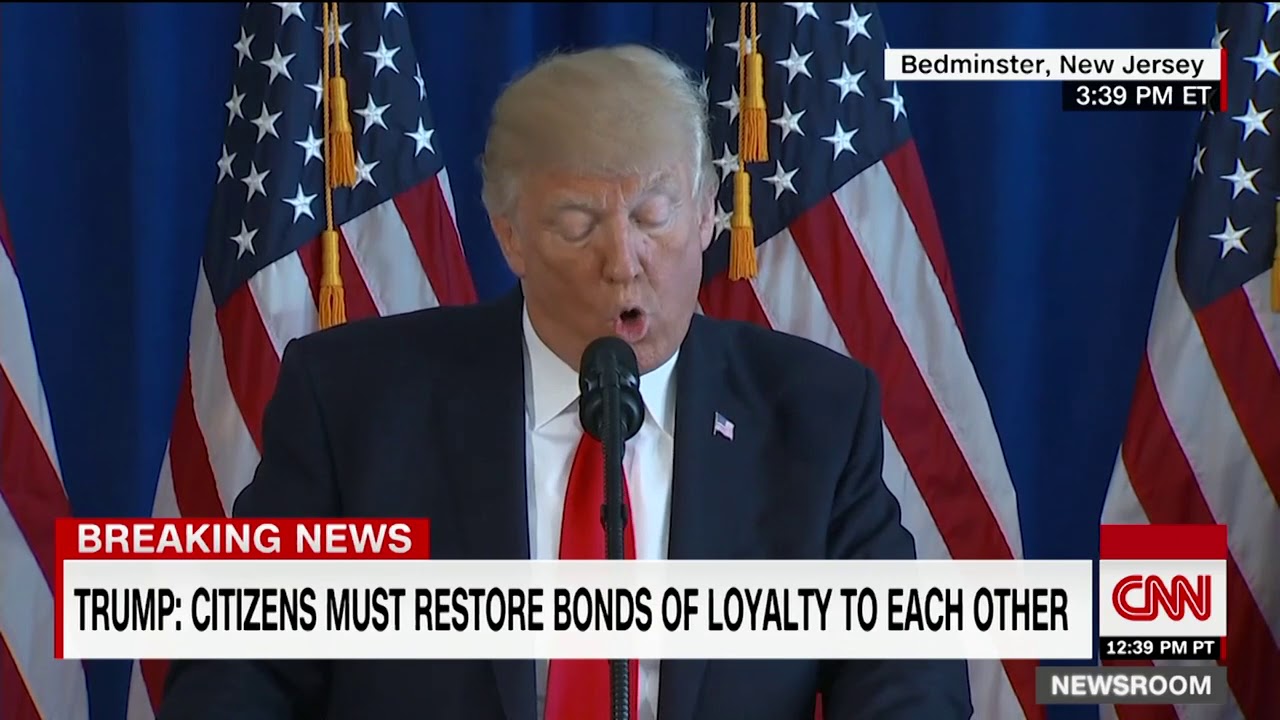 The Charlottesville issue is a dragon that cannot be slayed. It is alluded to again and again in the media—a reminder that political correctness trumps truth; a reminder that the public sphere rewards sound bites; and a reminder that logic and common sense are often ignored within the marketplace of ideas.

When I first heard President Trump’s comments on Charlottesville back in 2017, I did not believe them to be controversial. I perceived them as a springboard which would spur a much-needed public debate about what qualifies as a “good person” or an “evil person.” I thought our country would soon be chewing on whether values are objective or whether moral absolutes are fairy tales.

I’d been naïve. I’d failed to realize that the political pundits, reporters, and establishment types rely on sound bites because they fit neatly into a headline, segment, or catchy quote. I had forgotten the importance of political correctness and that deviating from the norm can lead to the damage of a reputation or the loss of a career—risks that most folks are unwilling to take.

Trump had said something unforgiveable, according to critics. Although he’d denounced white supremacy, he’d said that there were “very fine people” on both sides of the Unite the Right rally or the Charlottesville clash. He later clarified that some on the far-right were simply against the removal of Robert E. Lee’s statue—a cue that he did not plan to plunge into the philosophical debate that I had hoped for.

Is a person with a racist attitude automatically evil? If the answer is yes, then our country is filled with a whole lot of evil because research shows that the majority of Americans are racist. There are even studies that reveal the biases of minority groups in relation to other minority groups; and there are first-person accounts and opeds that bolster these findings.

Of course, measuring a person’s level of racism (and propensity to spew racist rhetoric) could be viewed as a tiny fraction of the task at hand. In order to determine “true reprehensibleness,” wouldn’t we need to examine an individual’s other prejudices, such as his sexism, homophobia, anti-Semitism, religious intolerance, and speciesism (arrogantly believing humans to be superior to other life forms)? Speciesists, by the way, probably comprise 99 percent of the U.S. population. If Trump’s critics are going to say a racist is a “bad person,” shouldn’t they say the same about a sexist, homophobe, or speciesist? Are they prepared to write off 99 percent of America?

Perhaps some of the rally-goers are even murderers. Of course, the term “murder” can be defined in different ways. Animal advocates would apply the term to the killing of nonhuman animals (and to eating meat) while anti-abortion activists would apply it to the intentional destruction of fetuses. Anti-war protestors might extend “murder” to include activities on the battlefield while critics of the death penalty might extend it to cover state-sanctioned executions. Do Trump’s critics want to call everyone “evil” who has been a soldier, eaten a hamburger, or had an abortion?

Individuals and groups are not objectively good or evil. Some of their actions may cause pain to others; and it makes sense to dissuade, denounce, and sometimes outlaw such behavior. But it is a wholly different proposition to condemn individuals or entire swaths of people as “irredeemably bad” or “deplorable” (as Hillary Clinton might say). It is not only irrational to do so. It is arrogant and promotes an I’m-ok-you’re-not-ok mentality. It leads to a toxic chasm in society and a hatred of others.

Trump’s critics wanted him to play God on the Charlottesville issue. They wanted him to get on his high horse and declare an entire group “evil” without knowing much—or in some cases, anything—about these folks. They wanted him to offer a sound bite, to be politically correct, to sidestep philosophical analysis, and ultimately to ignore truth.

But he wisely ignored them, not only for the aforementioned reasons, but also because he probably realized that he needs votes in the next election. If a politician is being honest, he will admit that he wants votes from everybody, Votes—even from prejudiced constituents—can elect a great leader who can make a country better.

Charlotte Laws, Ph.D. is a political pundit on BBC television, a former California politician, and the author of the award-winning book, Undercover Debutante: The Search for My Birth Parents and a Bald Husband, which will be released in August 2019. You can follow her on Twitter @CharlotteLaws