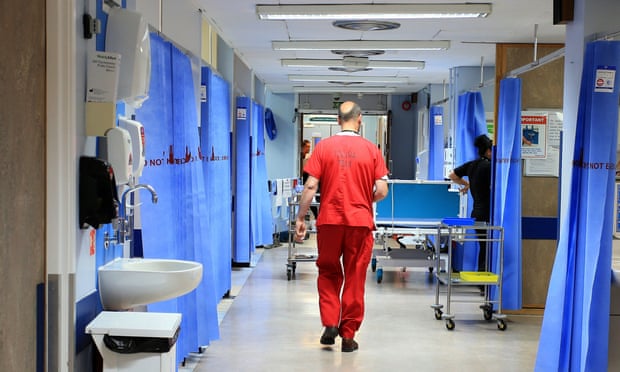 Almost a third of UK doctors may be suffering from burnout, stress and “compassion fatigue”, according to a survey that has raised concern about excessive workloads in the NHS.

A&E doctors and GPs are the most likely to feel burnt out. They have the highest levels of exhaustion and stress, the survey, published in the BMJ Open journal, found.

The findings of the biggest published survey of its kind underline the emotional impact on many doctors of working in an NHS that is under the most intense pressure in its 71-year history.

The findings are based on responses from 1,651 doctors who filled in a survey distributed by medical royal colleges last autumn. Respondents self-selected but included all grades and specialities of doctor from all four home nations.

Almost one in three doctors (31%) had high levels of burnout, the same proportion had compassion fatigue, and one in four said they were under a lot of stress. Medics in A&E units were much more burned out and stressed than those in other areas of care. GPs, meanwhile, had the lowest scores for compassion satisfaction.

Doctors’ coping mechanisms included distraction from a situation and blaming themselves rather than working out how to solve a problem, which the authors said showed they were not adapting well to pressure.

A BMA study last year found that eight in 10 doctors were at significant risk of burnout and 27% had previously been diagnosed with a mental health condition.

Many NHS trusts have responded to stress and burnout among staff by taking steps such as offering yoga, pilates and physiotherapy sessions and encouraging staff to take regular breaks.

Meanwhile, a separate study has found that almost one in five doctors who deliver babies have post-traumatic stress disorder from witnessing distressing events in their work. In a survey of 1,095 UK obstetricians and gynaecologists, two-thirds said they had encountered traumatic situations during labour and birth.

Many doctors who have experienced traumatic events feel unable to be open about the effect on them because of a “culture of stigma and blame”, researchers from Liverpool University found. Nine out of 10 believe a system of care should be set up to help maternity doctors.

Overall, 18% of the participants in the survey had “clinically significant PTSD symptoms”, including flashbacks, anger and feeling on edge.

Prof Pauline Slade and colleagues found that PTSD was leading to staffing problems on maternity units because doctors affected go on sick leave, and it is a key factor in the fact that three in 10 doctors training to specialise in obstetrics give up before they qualify.

The condition could also desensitise obstetricians in how they care for mothers and encourage them to intervene earlier during childbirth if problems arise with the baby, the study said.

An NHS spokesperson said: “Staff are the lifeblood of the NHS, which is why we are now for the first time offering the most comprehensive national mental health support offer to doctors of any health system in the world and are committed to doing similarly with other staff groups, as part of our NHS long-term plan.”