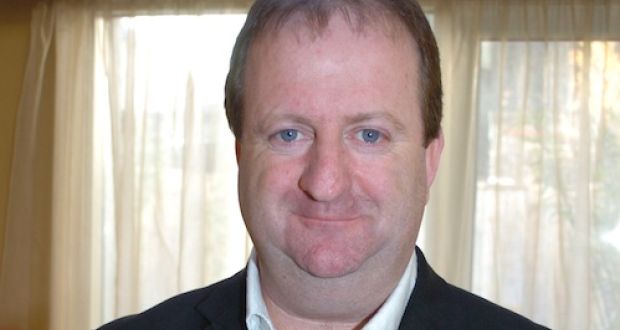 IRISH people are “hungry in the street” and should be prioritised over immigrants, an Independent TD has claimed.

Michael Collins made the remark and argued Ireland is “losing our culture” as he defended another Independent TD Noel Grealish who was heavily criticised after claiming last week that African migrants “sponge off the system”.

Labour leader Brendan Howlin branded the comments by both TDs as “very dangerous”.

Mr Collins’ comments came on C103 Radio where he was asked about Mr Grealish’s contribution to a public meeting on a possible direct provision centre in Oughterard, Co Galway.

He said Mr Grealish is a very experienced politician and added: “sometimes in the heat of the moment you might say something that you maybe look back on maybe you shouldn’t have said.”

He added: “Maybe the sponging word was a bit strong”, but he suggested Mr Grealish was commenting more on how the system works in Ireland arguing that communities aren’t informed when contracts are being signed for direct provision centres.

Mr Collins said that one or two families could be brought into rural communities but “not 50 families”.

The Cork South-West TD also said that there are “Irish people homeless on the streets of Dublin begging for food, begging for money.”

He added: “I’m just there saying how are we talking about bringing so many thousand people maybe into this country and providing hotel rooms and everything when we haven’t looked after our own people. Why are our own people hungry in the street?”

He also said: “Look after our own people first and then when that issue is sorted, let’s start looking at people from across the world.”

He also said immigrants to countries like Australia have to learn the culture before they’re allowed live there.

“We’re made take down our religious statues or whatever,” he claimed.

He said: “Don’t anyone tell me that I’m racist because – that’s what’s going to be thrown out at me because I have a slightly different view point.

“I don’t say that we should lock the doors and not bring in people.

“I’m just saying we don’t bring in the influx or the heavy influx of people into local and rural communities.”

Mr Collins made criticisms of the existing direct provision centres claiming that the immigrants living in there are being treated badly.

Mr Grealish has not commented publicly on his remarks despite calls from him to withdraw them by Taoiseach Leo Varadkar and others.

He said: “I think that the body politic in Ireland has survived very well unlike the rest of Europe without very right-wing views being expressed or views that would divide communities.

“I think that’s to our great strength and I certainly would vehemently oppose any drum-beating that wants to divide people”.

He said Irish people have been migrants in the past.

“We have endured incredible hardship in the past and that’s why I think the vast majority of Irish people are both welcoming and understanding of newcomers into our society.”

Mr Collins this afternoon told Independent.ie that he stands by his comments and claimed the government is running the scheme providing for asylum seekers “very poorly”.

He said he’s meeting people in Dublin and Cork who are “hungry, cold and wet” and repeated his claim that “we going looking after the world and we haven’t looked after our own people.”

Mr Collins claimed that Mr Howlin is “completely out of touch with reality” if he can’t see that.

He also insisted he is “not racist” and added: ” I have a clear understanding of how rural Ireland works and one thing you can’t do is land 50 families into hotel rooms and walk away and that’s what’s happening here.

“It’s ticking a box for the government saying they have resolved the issue. But it’s certainly not ticking a box both for the people coming in and the communities that they’re coming to.”

by Cormac McQuinn, The Independent