Scotland-Northern Ireland bridge: how to make it a reality 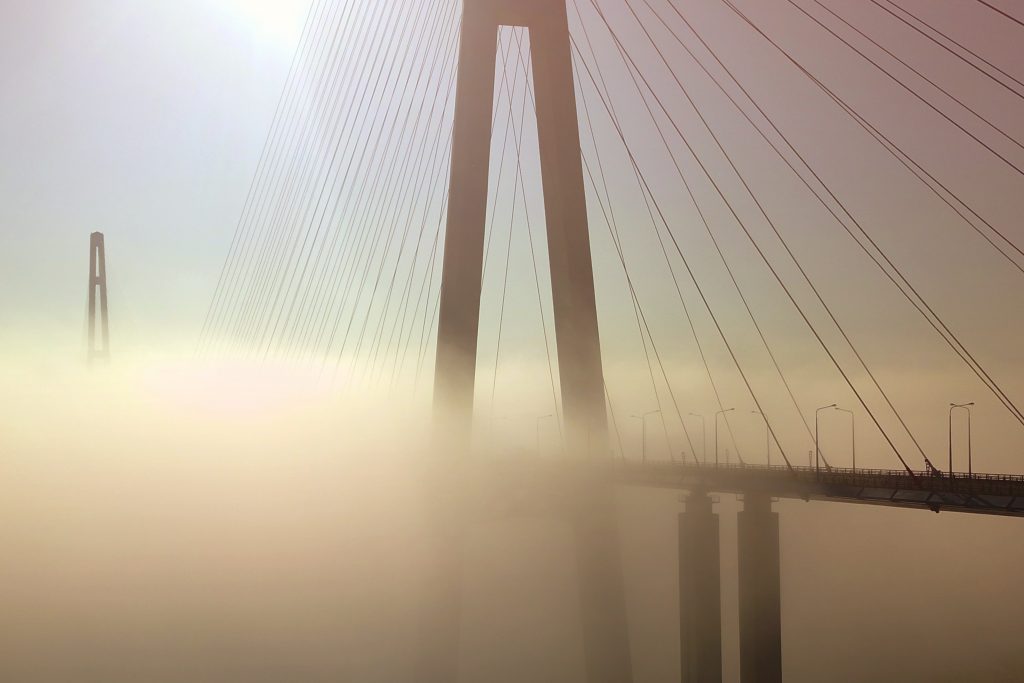 The British government is reportedly looking at the possibility of building a bridge between Scotland and Northern Ireland. The idea of creating such a connection is more than a century old, but with Brexit bringing a renewed focus on the links between Britain and Northern Ireland, perhaps it is time for this vision to become reality. The key questions are whether a bridge would be both feasible and economic.

Scottish architect Alan Dunlop recently proposed two possible routes for a bridge. The northern route would connect the Mull of Kintyre in Scotland to Torr in Northern Ireland, and the southern one would link Portpatrick in Dumfries and Galloway to Larne in County Antrim.

Although, at 45km, the southern route is the longer of the two by 20km, it is likely to be the preferred option because it wouldn’t require new road infrastructure on land. It is quicker to get to from the more populous areas of Scotland and wouldn’t require driving through the Highlands and down the Kintyre peninsular.

However, concerns have been raised that the southern route crosses Beaufort’s Dyke, a natural trench that is 200-300 metres deep, 35km long and 3.5km wide. The trench has been used as a dump site for conventional and chemical munitions since the early 20th century. It is thought to have been used to dispose of more than a million tonnes of weapons, as well as several tonnes of nuclear waste.

The cost of mitigating the risks of building a bridge over Beaufort’s Dyke could outweigh the cost of the extra infrastructure needed for the northern route. So the shorter northern bridge would likely be a cheaper and safer option, provided the environmental risk in that part of the Irish sea can be eliminated. (At this stage, there is no clear picture of the extent of the spread of the weapons pollution.) 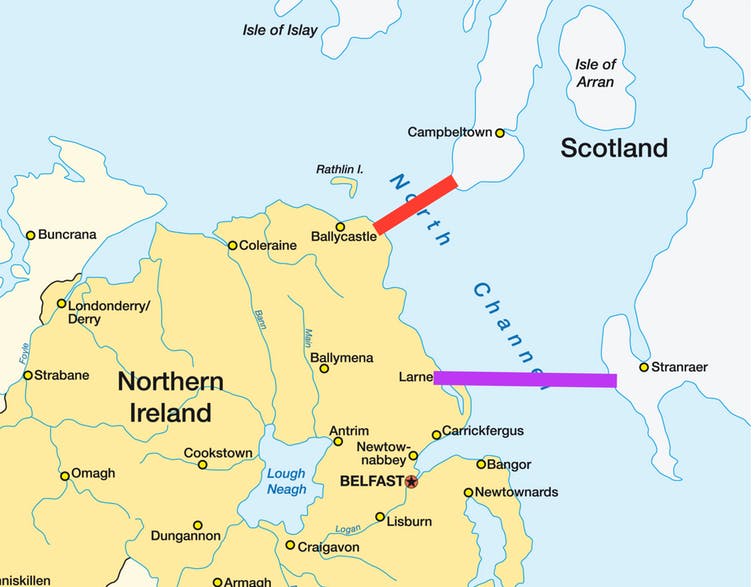 The world’s longest sea bridge, the Hong Kong-Zuhai-Macao link in China, is 55km in total including a main bridge, a subsea tunnel and two link roads, crossing a body of water up to 120 metres deep. The Irish Sea is between 100 and 200 metres deep, which would make inserting bridge piles into the sea bed very difficult, and constructing a tunnel underneath it prohibitively expensive. So the problem of linking Scotland and Northern Ireland presents an exciting construction challenge for bridge builders.

Ian Firth, a British structural engineer, proposed a solution involving a cable-supported floating bridge with its towers supported by large, submerged pontoons connected to the sea bed by cables. Alternatively, a floating tunnel in the form of a submerged tube tethered to the sea bed by cables could be used. Conventional cable-supported bridges, with their towers placed on oil-rig style frames resting on the sea bed provide a solution for the sections of shallower waters.

The designs of the floating bridge and tunnel described above would draw on expertise in construction of off-shore structures. These ideas aren’t new, but they haven’t been tested before. They are currently being evaluated in Norway’s largest coastal highway project, which involves joining a number of fjords along the 1100km-long E39 route.

However, the Norwegian structures have to bridge a number of relatively short stretches of water, the longest being 4.5km. This is much smaller than the 45km span (or 25km, if the safer, northern route is chosen) proposed for the bridge between Scotland and Northern Ireland.

The main question that arises here is whether to build above or below water. A submerged tunnel would avoid the risk of ships colliding. But for the longer, southern route, a tunnel would limit safety options in the event of fire or an accident. A bridge above the water would require its towers to be spaced about 1km apart, allowing no more than two ships passing each other in a given bridge span (minimum shipping width is 400 metres). The bridge may also need to be closed from time to time, due to the rough weather experienced in the Irish Channel.

The price to pay for the project is unclear. A cost of £20 billion was floated by the government, and Dunlop has estimates that his proposal would cost around £15 billion. Yet, given the untested, complex and challenging construction involved in building the bridge, putting a figure on it at this stage is nearly impossible – the true cost could be much higher.

Having said that, building the Northern Ireland-Scotland bridge would offer a number of potential advantages in terms of bringing communities closer and improving trade. It would also provide a substantial stimulus to the construction sector in the UK and research into innovative materials and methods of construction. All of these aspects would bring significant benefits to the economy.