Is the Ugly Duckling a racist fairy tale?

The narrative of The Ugly Duckling became the centre of a debate about racism this month after an Easter product went on sale in the UK. Many articles were published online linking the product in question to the fairy tale and discrimination.

For those not familiar with the story, The Ugly Duckling is a literary fairy tale by Danish poet and author Hans Christian Andersen (1805–1875). The story tells of a homely little bird born in a barnyard who suffers abuse from the others around him until, until eventually, he matures into a beautiful swan, becoming the most beautiful bird of all. The fable is beloved around the world as a tale about personal transformation for the better.

At the same time, the illustrations used around the story across the years may have created a questionable definition of what ugly is. 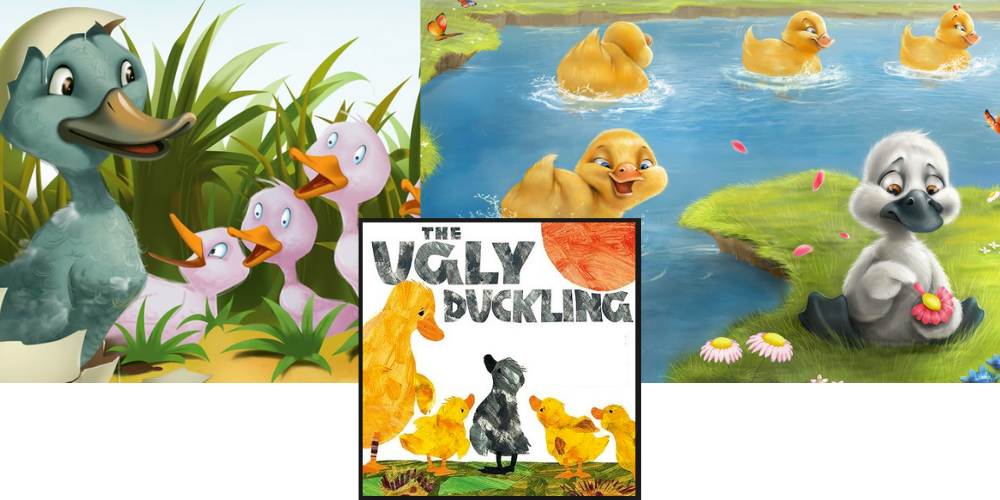 Following the launch of the Easter product, the British supermarket chain Waitrose felt they had to issue an apology to the public after being accused of creating and selling a ‘racist’ chocolate product. The Trio of Easter Ducklings comes in a box with 3 ducklings: a milk chocolate duckling called Crispy, a white chocolate one called Fluffy, and a dark chocolate one called Ugly.

Needless to say that the chocolate ducks became the centre of an online controversy when one Twitter user uploaded a photo of the chocolate ducks saying: ‘Crispy, Fluffy and Ugly – trio of Easter ducklings at #Waitrose . Ugly is the dark one on the right’.

People were quick to follow the post and to make comments on it, such as “This is not right, I agree, doesn’t look good at all’. Thousands of other comments questioning: ‘why #ugly???”.

A Scottish pop star said online that “The fact people don’t see the issue with the Waitrose ugly duckling packaging just shows how in denial we are about racism in this country…”. 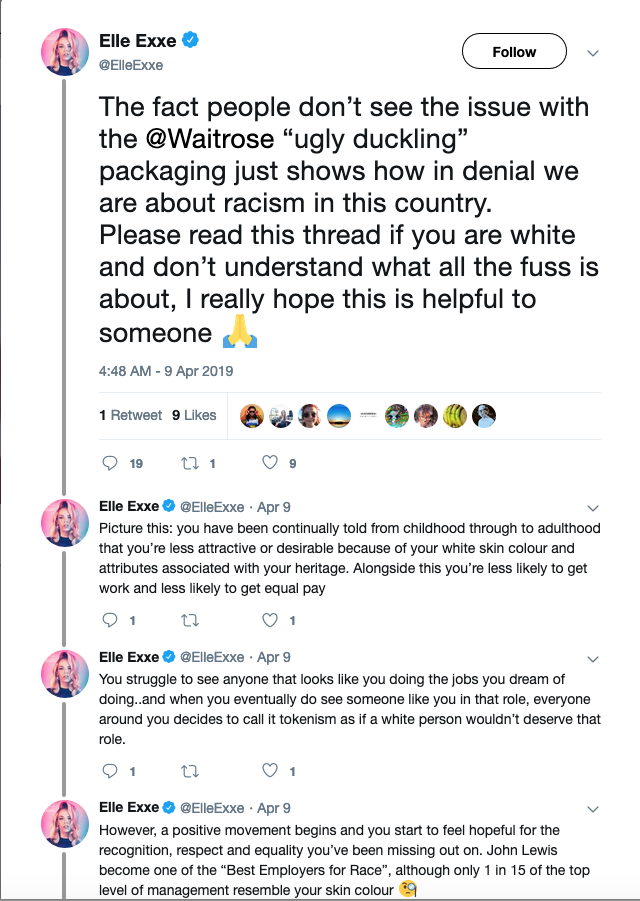 However, despite the criticism the product received, many have taken to social media to defend the supermarket chain, saying the situation became ‘political correctness gone too far’. Waitrose has since removed the original labelling from the packaging, but it’s understood the product is still on sale under different branding and packaging.

Hans Christian Andersen later in his life confessed that the Ugly Duckling story was a reflection of his own life, claiming that the tale was, in fact, his autobiography.

British journalist Anne Chisholm, once wrote that “Andersen himself was a tall, ugly boy with a big nose and big feet, and when he grew up with a beautiful singing voice and a passion for the theatre, he was cruelly teased and mocked by other children“.

So, is it possible that a fairy tale about personal struggles has grown to be seen as a racist saga?

by Lila Bais for Moot.ie