I May Have Gender Dysphoria. But I Still Prefer to Base My Life on Biology, Not Fantasy

Feelings and opinions have displaced facts and evidence in many areas of the liberal arts. This is nothing new. A more recent phenomenon, however, is the extension of this trend into the realm of biology, which has fallen victim to the idea that men can become women—and vice versa—merely by reciting a statement of belief. It is an insidious movement that combines the postmodern contempt for objective truth with pre-modern religious superstitions regarding the nature of the human soul.

The subordination of science to myth was exemplified in the recent British case of Maya Forstater, who’d lost her job after pointing out the plain truth that transgender people like me cannot change our biological sex by proclamation. “I conclude from…the totality of the evidence, that [Forstater] is absolutist in her view of sex and it is a core component of her belief that she will refer to a person by the sex she considered appropriate,” concluded Judge James Tayler at her employment tribunal. “The approach is not worthy of respect in a democratic society.”

I’m not sure where that leaves me, a British transgender person who agrees with Forstater. As I know better than most, sex is immutable. I may have transitioned socially, medically and surgically, but I am as male now as I was the day I was born (and the days I fathered each of my three children). As a scientist, I know this to be a fact. It’s Judge Tayler who’s the absolutist here: Under the guise of tolerance, he’s put the force of law behind a cultish movement that treats biological reality in much the same way that the Catholic Church once treated Galileo and his heliocentric ideas. Just like its medieval forbears, this neo-religious crusade demands that adherents chant an absurdist liturgy—in this case, “Transwomen are women. Transmen are men.”

In July 2019, before the Forstater controversy broke, I made up a t-shirt with my own slogan: “Transwomen are men. Get over it.” It caused considerable outrage. But my question was sincere: Why can’t we, as trans people, just get over it? It’s merely another political slogan. What does it matter if we are men or women in some technical sense, so long as we can live our lives in peace, free from abuse, harassment and discrimination?

In recent months, I have been accused of hate speech and reported to my professional colleagues, while newspaper reports suggest that I am at risk of being banned from an LGBT committee connected to my trade union.

By now, many readers will be familiar with the basic elements of the officially enforced system of dogma that sometimes is referred to as “gender ideology,” and which is now legally encoded in many jurisdictions under the policy known as “self-identification” or “self-declaration”:

The most obvious problem with gender ideology is that it is entirely circular. It’s like defining an airline pilot as someone who just has that indescribable “feeling” of being an airline pilot. When Massachusetts legislators tried to nail down the idea of gender identity in legislation, for instance, the best they could come up with was “a person’s gender-related identity, appearance or behavior, whether or not that gender-related identity, appearance or behavior is different from that traditionally associated with the person’s physiology or assigned sex at birth.” 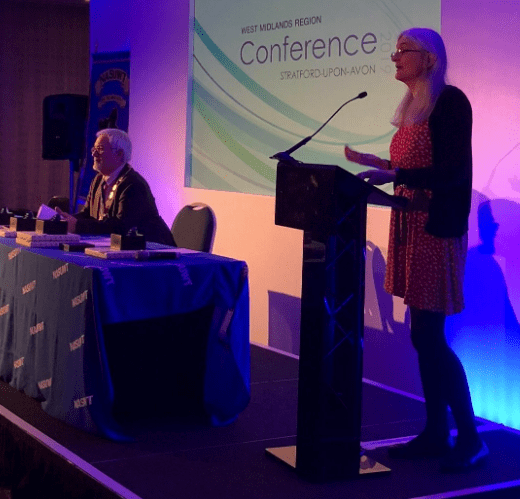 Moreover, when people begin trying to get around this circularity by actually detailing what it means to “feel like” a woman, they typically just catalogue a bunch of sexist stereotypes about how they always liked the idea of wearing dresses and maybe played with dolls as a child.

Yes, gender dysphoria is a real condition. I know, because I have it: the feeling that my male biology is at odds with my desire to have a female body. But I don’t have to invent some mystical spiritual force called gender identity to explain it.

Just as there is no single cause of chest pain or headaches, there doesn’t need to be a single cause of gender dysphoria. But there is a well-observed typology. In the 1980s, American-Canadian sexologist Ray Blanchard proposed that transsexualism (as it was then commonly called) in males generally manifested as either (1) effeminate gay men seeking to further accentuate their appeal to other men (homosexual transsexualism, or HSTS); or (2) heterosexual autogynephiles—self-attracted men who prefer to conceive of themselves as women—who typically come out as trans women later in life (and often to the great surprise of family and friends). The most vocal and aggressive proponents of trans rights—biological males who often will express themselves aggressively to women who bring up the issue of biology—appear to be drawn disproportionately from this second, autogynephilic category.

Transsexualism in females appears to be substantially different, and more rooted in socially propagated factors, as suggested by the recent vast increase in the number of teenage girls being referred to gender-identity clinics (sometimes originating in self-reinforcing clusters of friends or classmates). As former Tavistock governor Marcus Evans recently wrote in Quillette, this is the first time in recorded clinical practice that females outnumbered males in this treatment area. Moreover, the girls who present as transgender are now disproportionately autistic, and affected with other developmental and mental-health conditions—which is consistent with the observation that many adolescent trans children aren’t driven by some mysterious gendered force field.

And yet, reporting on these facts in the scientific literature remains difficult. Lisa Littman of Brown University—who first published on the phenomenon now known as Rapid Onset Gender Dysphoria (or ROGD)—has been denounced as a transphobe, and concerted attempts were made to smear her research. Scientists in the field note that it is relatively easy to get a study published if it supports the idea of “affirming” a child’s self-conception, but difficult to impossible if the data leads to another conclusion.