Has Society lost its Moral Compass? 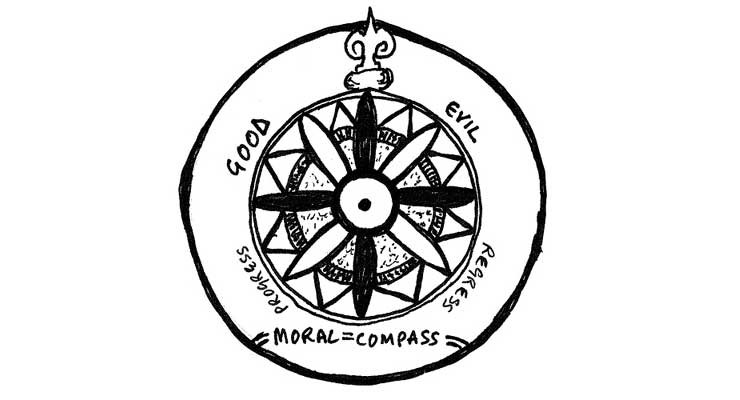 Watching political discourse, I often experience a longing for an authentic discussion of the core values that ought to be guiding us as a society. I often feel that we are morally adrift, that we do not have a clear sense of how to ground our identities and actions to ultimate values that transcend time and place. That is not to say that our society is largely immoral. Just amoral—lacking a clear compass or a foundational guide.

There is little doubt that as a nation our moral compass, that inner sense which distinguishes what is right and wrong, has shifted. It no longer points true North. We live in a polarized political climate, where people are vocal about their perceptions of right and wrong. What might appear to be simple, has become complex. A new value system has been set by Government and the media who have now determined that you are not allowed to disagree. Conformity to the new norms and value system is compulsory. We are being encouraged, if not forced, to be tolerant, even when the previous norms had existed for centuries, and many who still cling to them (quietly) do so not out of malevolence but genuine belief.

I know someone who believes that there is no such thing as a moral compass and that we should just honour people’s feelings. That doesn’t sit right with me. What if I feel like taking something that doesn’t belong to me or spew hatred because someone is different from me or strike someone because I am angry with them? I was taught that those were in the no-no category. In this case, morality seems absolute and not relative.

I don’t claim to have the answers to the questions posed at the outset of this blog. They are all interesting questions to ponder over a light breakfast on a Monday morning.  However, for what it is worth, I personally believe that our morality has not been helped by a decline in community, values, the family and religion; an increase in individualism, consumerism and greed; and an ideology within our educational system that discourages critical thinking.

One thing I can say with certainty – in considering these questions it takes my mind off the fact that I have burnt the toast; again.

By Karl Hutchinson for MOOT