Donald Trump impeached in historic House vote in US 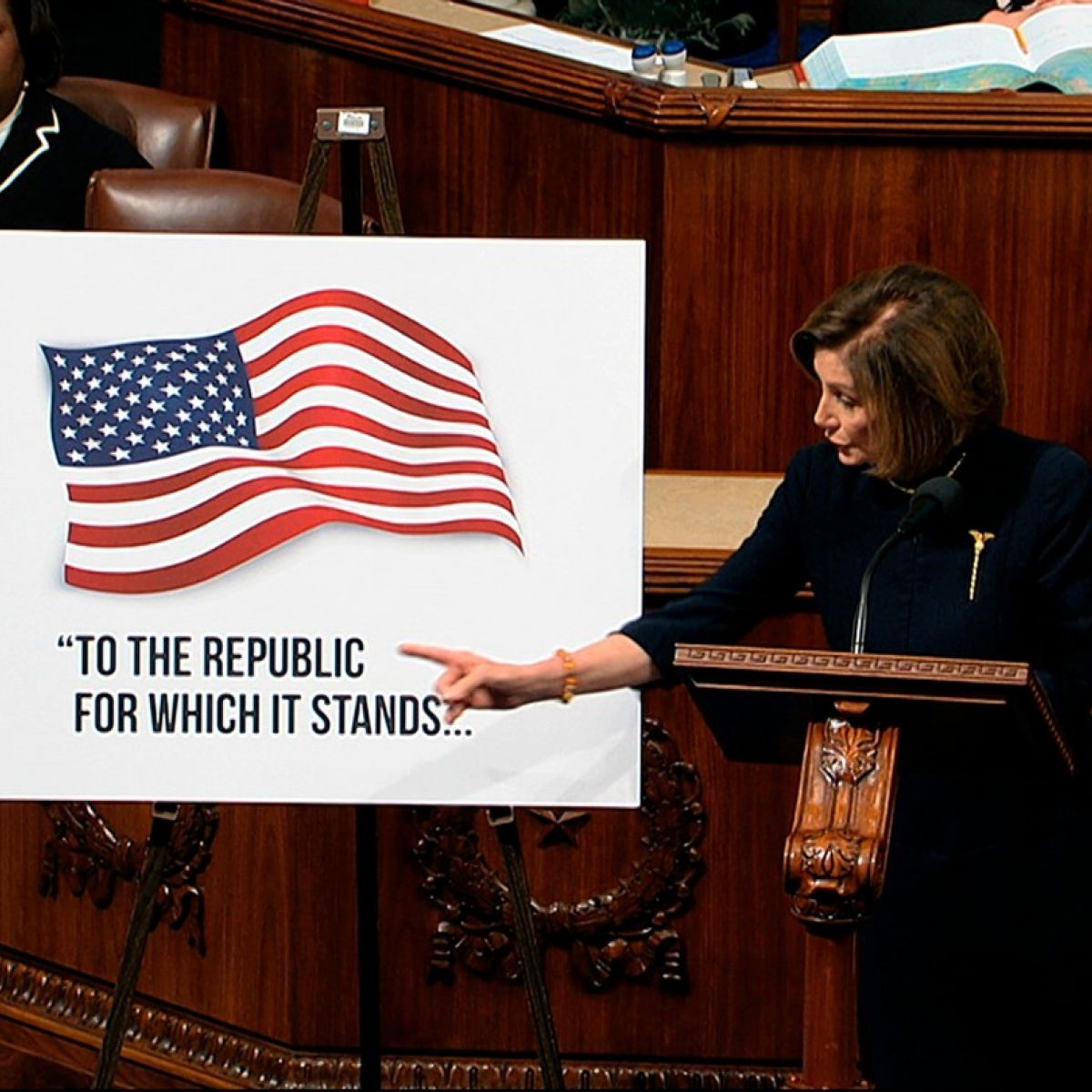 History was made on Wednesday night as Donald Trump became only the third US president to be impeached.

The 435-member House of Representatives voted to impeach Mr Trump on two articles of impeachment – abuse of power and obstruction of Congress – concluding that Mr Trump committed impeachable offences in his dealings with Ukraine.

Despite signs earlier in the week that several moderate Democrats from Trump-friendly districts could break with House speaker Nancy Pelosi and vote against impeachment, Ms Pelosi easily secured the 216 votes necessary. 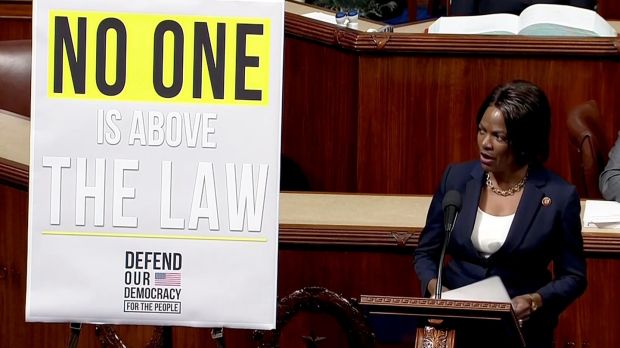 Democrat Val Demings speaking ahead of a vote on two articles of impeachment against US president Donald Trump in Washington. Photograph: House TV via Reuters

On the first article of impeachment, 229 Democrats voted in favour, and they were joined by one Independent. All 187 Republicans voted against, in addition to two Democrats – Collin Peterson and Jeff Van Drew – who also voted against proceeding with impeachment on October 31st.

On the second article of impeachment – obstruction of Congress – three Democrats broke ranks, with Jared Golden of Maine joining Mr Peterson and Mr Van Drew in voting against the motion.

One Democrat – presidential candidate Tulsi Gabbard – registered as “present” for the two votes, effectively abstaining. In a statement after the vote, Ms Gabbard said she was “standing in the center” by voting in this way.

The impeachment of Mr Trump, which took place as the president held a campaign rally in Michigan, means that the Senate is likely to hold a trial next year. Under the constitution, the 100-member chamber will decide whether to convict the president. But with Republicans in control of the Senate Mr Trump is unlikely to be removed from office.

However, in a press conference following Wednesday’s vote Ms Pelosi suggested that she may delay moving the articles of impeachment to the Senate amid concerns about how Republicans will conduct the trial. While Ms Pelosi had been expected to hold a vote on appointing impeachment “managers” to represent the House in the senate trial, she declined to do so, fuelling suspicion that she might delay sending the articles to the upper chamber.

Wednesday’s vote was the culmination of a three-month impeachment inquiry during which witnesses testified that Mr Trump and his associates mounted a pressure campaign against Ukraine, demanding that its new government open two investigations: one into former vice-president Joe Biden and his son, and another into unconfirmed theories about Ukrainian interference in the 2016 US election.

Inside the stately House of Representatives chamber, the atmosphere was highly charged during a day of heightened emotion. After an initial vote endorsing the rules of the procedure, for six hours members of the Democratic and Republican party argued for and against impeachment.

In this hyper-partisan political atmosphere there was little middle ground.

Opening the debate, Ms Pelosi said the president had given Congress “no choice” but to impeach him.

SUCH ATROCIOUS LIES BY THE RADICAL LEFT, DO NOTHING DEMOCRATS. THIS IS AN ASSAULT ON AMERICA, AND AN ASSAULT ON THE REPUBLICAN PARTY!!!!

“We gather today under the dome of this temple of democracy to exercise one of the most solemn powers this body can take,” she said. “If we do not act now we would be derelict in our duty. It is tragic that the president’s reckless actions make impeachment necessary. He gave us no choice.”

Describing Mr Trump as “an ongoing threat to our national security”, she said it was an “established fact” that the president had violated the constitution.

But Republicans hit back.

Doug Collins said that Democrats had been “wanting to do this ever since the gentleman was elected. They do not care about facts.”

Mr Trump issued a volley of tweets and retweets throughout the day, proclaiming his innocence, before leaving the White House for a campaign rally in Michigan on Wednesday night.

“Can you believe that I will be impeached today by the Radical Left, Do Nothing Democrats, AND I DID NOTHING WRONG! A terrible Thing. Read the Transcripts,” he tweeted early in the day, referring to the summary of his phone call with Ukrainian president Volodymyr Zelenskiy on July 25th that is at the heart of the impeachment probe. “This should never happen to another President again. Say a PRAYER!”

Only two other presidents in US history have been impeached: Andrew Johnson in 1868, and Mr Clinton in the late 1990s. Richard Nixon, who was charged with articles of impeachment, resigned before a vote was held.

At his campaign rally, after the impeachment vote was announced, Mr Trump hit out at Democrats and in particular Michigan democrat Debbie Dingell who voted to impeach him, criticising her husband, who died earlier this year after a long career in Congress. Ms Dingell responded to the president’s comments at the rally on twitter later on Wednesday.

“Mr. President, let’s set politics aside,” she wrote. “My husband earned all his accolades after a lifetime of service. I’m preparing for the first holiday season without the man I love. You brought me down in a way you can never imagine and your hurtful words just made my healing much harder.”

During the debate, Democrats urged their Republican colleagues to impeach Mr Trump. House intelligence chairman Adam Schiff, a leading figure in the impeachment inquiry, predicted that Republicans would “rue the day” they voted to protect the president.

“Over the course of the last three months, we have found incontrovertible evidence that President Trump abused his power,” Mr Schiff said. “He doesn’t care about Ukraine or the impact on our national security … All that matters to this president is what affects him personally.”

Congressman John Lewis, an icon of the civil rights movement, delivered an impassioned address, declaring: “We do not have kings, we have presidents.” 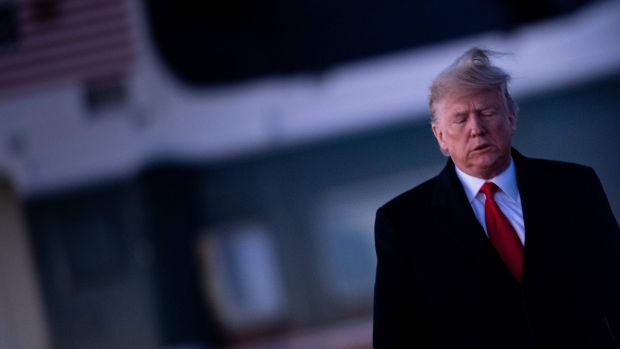 US president Donald Trump at Andrews Air Force Base in Maryland on Wednesday as the US House of Representatives debated his impeachment in Washington. Photograph: Brendan Smialowski/AFP via Getty Images

“Our children and their children will ask us what did you do? What did you say? For some this vote may be hard. But we have a mission and a mandate to be on the right side of history,” he said.

In one of the final interventions of the debate, House majority leader Steny Hoyer urged Republicans to “take the first step” in breaking with the president. “We have seen Republican courage throughout our history, from the Civil War to the cold war,” he said.

He recalled how former Republican congressman Larry Hogan ultimately broke with Richard Nixon over the Watergate scandal. “The pages of our history our filled with Americans who chose country over party or personality,” he said. “I urge my fellow colleagues in the House and yes, in the Senate, to look into your soul.”

As the House of Representatives held the historic vote, Senior Republican senators stressed their preference for a short impeachment trial, if the impeachment process moves to the Senate as expected next year.

Speaking to reporters as the House debated the impeachment of Mr Trump, Senator Lindsey Graham, the chair of the Senate judiciary committee, said that he favoured a short trial. “My goal is to have a short a trial as possible,” he said, accusing Democrats in the House of Representatives of “weaponising impeachment.”

Mr Graham said that he did not support the idea of subpoenaing witnesses – either witnesses summoned by Mr Trump or by Senate minority leader Chuck Schumer, who suggested this week that witnesses such as White House chief of staff Mick Mulvaney and former national security adviser John Bolton should be summoned to a Senate trial.

The scope and length of the Senate trial is likely to be decided by Republicans, who control 53 of the 100 seats in the Senate, provided that Ms Pelosi passes the articles of impeachment directly to the Senate.

Senate majority leader Mitch Mc Connell has also hinted that he favours a swift trial early next year. With a two-thirds majority needed to convict Mr Trump, the president is unlikely to be removed from office.