Are the Amazon fires a crime against humanity? 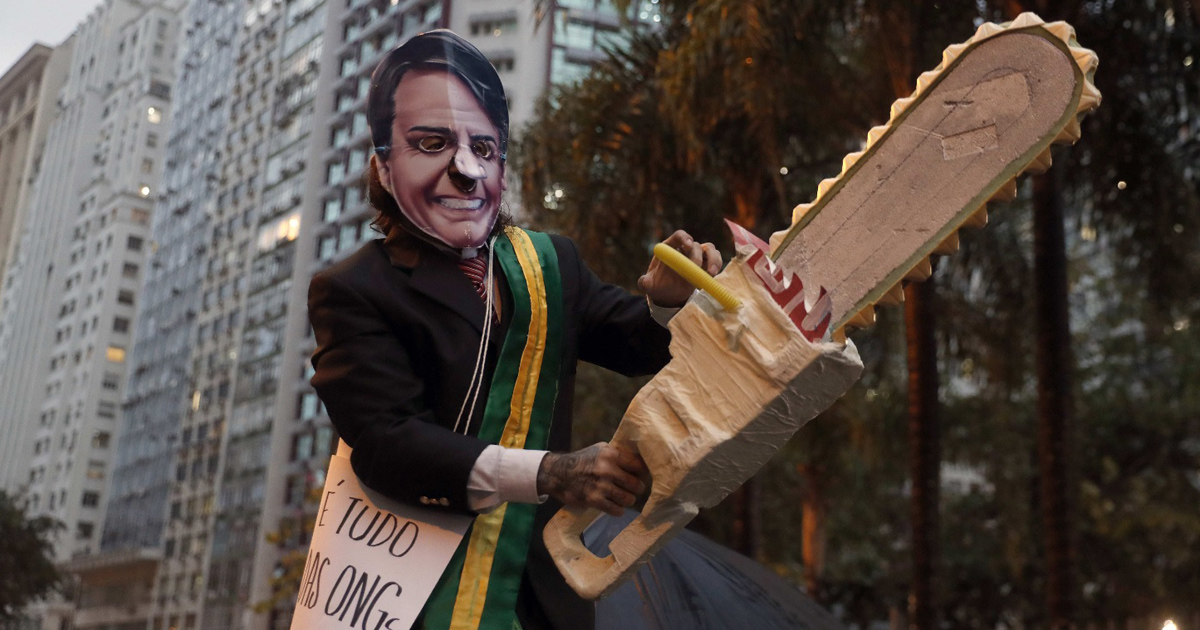 Fires in the Brazilian Amazon have jumped 84% during President Jair Bolsonaro’s first year in office and in July 2019 alone, an area of rainforest the size of Manhattan was lost every day. The Amazon fires may seem beyond human control, but they’re not beyond human culpability.

Bolsonaro ran for president promising to “integrate the Amazon into the Brazilian economy”. Once elected, he slashed the Brazilian environmental protection agency budget by 95% and relaxed safeguards for mining projects on indigenous lands. Farmers cited their support for Bolsonaro’s approach as they set fires to clear rainforest for cattle grazing.

Bolsonaro’s vandalism will be most painful for the indigenous people who call the Amazon home. But destruction of the world’s largest rainforest may accelerate climate change and so cause further suffering worldwide. For that reason, Brazil’s former environment minister, Marina Silva, called the Amazon fires a crime against humanity.

From a legal perspective, this might be a helpful way of prosecuting environmental destruction. Crimes against humanity are international crimes, like genocide and war crimes, which are considered to harm both the immediate victims and humanity as a whole. As such, all of humankind has an interest in their punishment and deterrence. 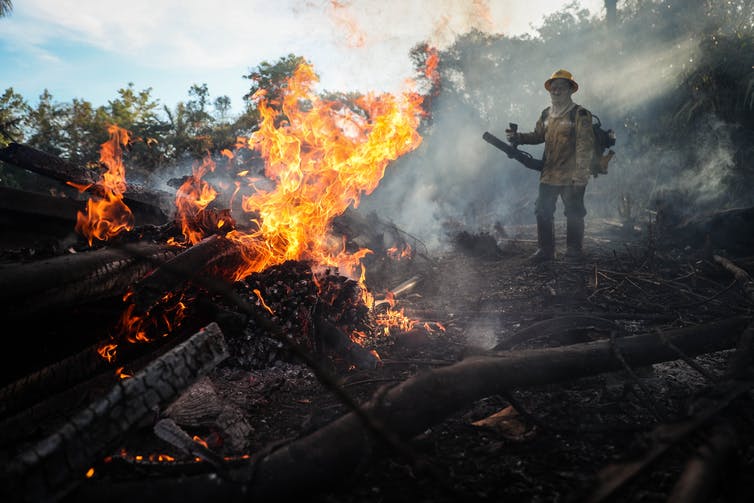 Crimes against humanity were first classified as an international crime during the Nuremberg trials that followed World War II. Two German Generals, Alfred Jodl and Lothar Rendulic, were charged with war crimes for implementing scorched earth policies in Finland and Norway. No one was charged with crimes against humanity for causing the unprecedented environmental damage that scarred the post-war landscapes though.

Our understanding of the Earth’s ecology has matured since then, yet so has our capacity to pollute and destroy. It’s now clear that the consequences of environmental destruction don’t stop at national borders. All humanity is placed in jeopardy when burning rainforests flood the atmosphere with CO₂ and exacerbate climate change.

Holding someone like Bolsonaro to account for this by charging him with crimes against humanity would be a world first. If successful, it could set a precedent which might stimulate more aggressive legal action against environmental crimes. But do the Amazon fires fit the criteria?

When prosecuting prominent Nazis in Nuremberg, the US chief prosecutor, Robert Jackson, argued that crimes against humanity are committed by individuals, not abstract entities. Only by holding individuals accountable for their actions can widespread atrocities be deterred in future. 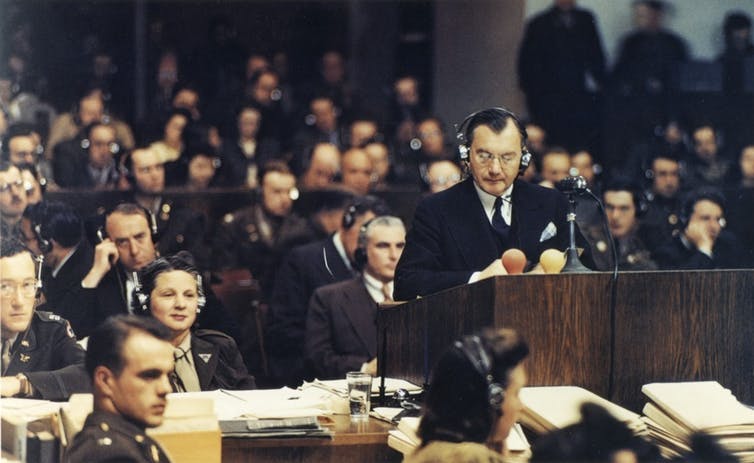 Robert Jackson speaks at the Nuremberg trials in 1945. Raymond D’Addario/Wikipedia

The International Criminal Court was asked in 2014 to open an investigation into allegations of land-grabbing by the Cambodian government. In Cambodia, large corporations and investment firms were being given prime agricultural land by the government, displacing up to 770,000 Cambodians from 4m hectares of land. Prosecuting these actions as crimes against humanity would be a positive first step towards holding individuals like Bolsonaro accountable.

But given the global consequences of the Amazon fires, could environmental destruction of this nature be legally considered a crime against all humanity? Defining it as such would be unprecedented. The same charge could apply to many politicians and business people. It’s been argued that oil and gas executives who’ve funded disinformation about climate change for decades should be chief among them.